（ LiCAS.news  is established under the umbrella of the Catholic Communications Office of the Archdiocese of Bangkok, operating its headquarters and main editorial office from the capital of Thailand with endorsement and acknowledgement from the Catholic Bishops’ Conference of Thailand.  Its coverage from Asia brings to the world stories of human rights violations, denial of justice and religious persecution in some of the world’s fastest growing economies, all within the political backdrop of eroding religious and press freedom. Staffed entirely by lay-people across Asia, LiCAS.news witnesses and supports the mission of the Catholic Church in their work to spread the Good News to all corners of society.）

Saint Joseph and the family form a bond of tenderness that is immediately recognizable. Pope Francis described the Saint at Wednesday’s General Audience as a “just and wise man,” a beloved Father, welcoming yet in the shadows.

He is a father of creative courage, as we read in Patris Corde, the Apostolic Letter with which the Pope proclaimed the Year of St. Joseph on 8 December 2020. The year overlaps with that of Amoris Laetitia Family, which begins on Friday, the solemnity of Mary’s husband, five years after the publication of Amoris laetitia.

Pope Francis, in another important association, signed the Apostolic Exhortation on 19 March 2016 during the Jubilee of Mercy and under the protection of St. Joseph. In the conclusion of Amoris laetitia, the many threads of this fabric, woven of love for the Church and her children, are reconnected.

A Prayer to the Holy Family

Jesus, Mary and Joseph, in you we contemplate the splendor of true love, to you, confidently, we entrust ourselves,
Make our families places of communion and places of prayer, authentic schools of the Gospel and small domestic Churches,
That there may never again be in our families, episodes of violence, closure and division;
That whoever has been wounded or scandalized may be promptly comforted and healed,
Make us all aware of the sacred and inviolable character of the family, of its beauty in God’s plan.

It was during the Angelus on the Feast of the Holy Family, 27 December 2020, that Pope Francis announced the Year dedicated to Amoris Laetitia Family.

It begins on 19 March 2021, five years after the publication of the Apostolic Exhortation; and is set to end on 26 June 2022, on the occasion of the 10th World Meeting of Families in Rome.

As Pope Francis explained when he announced the event, it is meant to be “a year of reflection, an opportunity to deepen the contents of the document.” The Dicastery for the Laity, the Family and Life is coordinating pastoral, spiritual and cultural initiatives for the Year. The Dicastery’s website, www.amorislaetitia.va, has created pamplets, conferences and in-depth studies on the papal document available in five languages. Pope Francis himself clarifies, in the fifth paragraph of the text, the importance of Amoris laetitia:

This Exhortation is especially timely in this Jubilee Year of Mercy. First, because it represents an invitation to Christian families to value the gifts of marriage and the family, and to persevere in a love strengthened by the virtues of generosity, commitment, fidelity and patience. Second, be-cause it seeks to encourage everyone to be a sign of mercy and closeness wherever family life re- mains imperfect or lacks peace and joy.

Family of Nazareth, a ‘northern star’

Pope Francis looks to the “icon of the Holy Family of Nazareth with its daily life that had its share of burdens and even nightmares” – such as Herod’s violence, which even today is renewed on the skin of so many refugees. He also holds up its “covenant of love and fidelity” which “illuminates the principle that gives shape to every family and enables it better to face the vicissitudes of life and history.”

In Amoris laetitia, the Pope quotes Paul VI and his speech in Nazareth on 5 January 1964: “Nazareth teaches us the meaning of family life, its loving communion, its simple and austere beauty, its sacred and inviolable character. May it teach how sweet and irreplaceable is its training, how fundamental and incomparable its role in the social order.”

It is St Joseph who watches over this treasure, “as head of the family.” It is he, writes Pope Francis in Patris corde, who teaches us that “having faith in God also includes believing that He can work even through our fears, our frailties, our weaknesses.”

“It is the true miracle by which God saves the Child and His mother,” trusting in Joseph’s “creative courage.”

To this much-loved figure, 150 years after his proclamation as Patron of the Universal Church thanks to Pope Pius IX’s decree Quemadmodum Deus, Pope Francis decided to dedicate a Year of St. Joseph.

He also granted the “gift of special Indulgences,” until 8 December 2021, for those participating in the celebrations, under the usual conditions: sacramental confession, Eucharistic Communion and prayer for the Pope’s intentions.

Pope Francis arrives to visit the community at the Church of the Immaculate Conception in Qaraqosh, Iraq, March 7, 2021. (Credit: Paul Haring/CNS.)

Crux is dedicated to smart, wired and independent reporting on the Vatican and worldwide Catholic Church. That kind of reporting doesn’t come cheap, and we need your support. You can help Crux by giving a small amount monthly, or with a onetime gift. Please remember, Crux is a for-profit organization, so contributions are not tax-deductible. 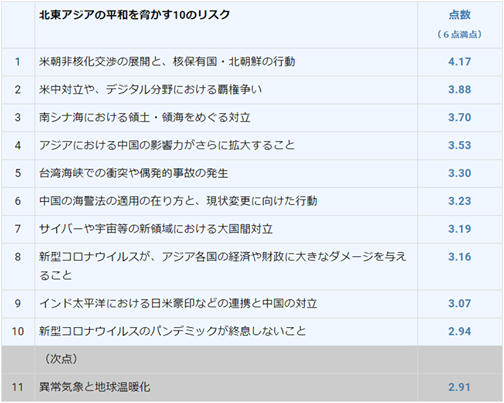