As the 2020 edition of The Military Balance is published, defence debates remain dominated by an unstable inter­national security environment.

As the 2020 edition of The Military Balance is published, defence debates remain dominated by an unstable inter­national security environment. Some previously held assumptions about the direction of national defence policies and decision-making priorities are being questioned.

This is producing further uncertainty and may cause states to hedge their defence relations and procurement priorities. At the same time, advanced military capabilities, augmented by potentially disruptive new technologies, continue to spread.

Globally, key elements of the rules-based international order that characterised the post-Second World War period are being challenged. The demise of the Intermediate-Range Nuclear Forces (INF) Treaty exemplifies this most clearly, with its collapse precipitated by Russian breaches as well as the Trump administration’s determination – with an eye to China’s military modernisation – that the bilateral accord had outlived its usefulness.

Nonetheless, Russia showed United States’ inspectors its new Avangard hypersonic glide vehicle in late November 2019 as part of its obligations under the New START treaty. Indeed, it is noteworthy that in the current climate, observers are looking nervously not just towards Moscow, but also anxiously in the direction of Washington for signs of interest in maintaining this remaining element of the strategic arms-control architecture when it comes up for renewal in 2021.

The conflict in Ukraine’s east still simmers despite tentative progress in contacts between Russia and Ukraine during 2019. North Korea once again began testing missiles, but at year’s end had so far not resumed tests of long-range systems. Terrorists continue to challenge security forces globally, as does conflict and instability in Africa and the Middle East and North Africa. Notably, the wars in Libya and in Yemen grind on.

Meanwhile, while its territorial base might have been reduced, the Islamic State remains a threat. Scores of its fighters escaped from Kurdish-run jails in northern Syria in late 2019. This followed a US decision to withdraw military personnel from northern Syria, a Turkish incursion targeting Kurdish forces and also an advance in the north by Assad-regime forces. Nine years after the civil war began in Syria, and with Russia’s help, the Assad regime is in the ascendant.

US dissatisfaction with NATO allies has for years been rooted in their low levels of defence spending, relative to Cold War and pre-financial-crisis levels. However, US exhortations to spend more have combined with changing threat perceptions in European states to bring about larger defence budgets. While Europe returned to defence-spending growth as early as 2015, total defence spending in Europe – when measured in real terms – in 2019 once again reached the levels observed when the financial crisis began in 2008. Overall, Europe’s defence spending in 2019 rose by 4.2% compared with 2018.

These increases in Europe are part of an international trend. Global defence spending rose by 4.0% in real terms compared to 2018 data, when measured in constant 2015 dollars. This was the largest increase observed in ten years. In 2019, defence spending by both China and the US rose by 6.6% over 2018. In nominal terms, the US increase alone – at US$53.4bn – almost equalled the UK’s entire 2019 defence budget of US$54.8bn.

Great-power competition continues to dominate Western defence policymaking and procurement. But there is less apparent unity, leadership or coordination than before in political responses, with national impulses increasingly prominent. One month before the December 2019 NATO summit in London, French President Macron claimed that the Alliance was ‘brain dead’ and seemed to cast doubt on the Article 5 commitment to collective-defence. Allies had, meanwhile, long looked nervously at US President Trump for his current view on this issue, and his comments at the summit seemed to offer little in the way of reassurance. Two out of the Alliance’s three nuclear powers have now vacillated on the key issue of the collective-defence clause. Furthermore, November also saw NATO state Turkey mount joint patrols in northern Syria with Russian forces. Earlier, Ankara took delivery of elements of Russia’s S-400 air-defence system.

Macron’s answer to NATO’s troubles was that Europe should be more militarily capable and that it should reopen a strategic dialogue with Russia. The French leader said that questions over US commitment should lead to a reassessment of ‘what NATO is’. The commitment issue is generating the most concern. Both within NATO and beyond, and unlike in the past, the arrival of additional US personnel and equipment is not necessarily allaying allies’ and partners’ concerns about long-term US strategy, commitment and engagement, or wholly deterring opponents. The US continues to deploy personnel to Eastern Europe and in 2019 increased its deployments to the Gulf-region in response to Iranian activity. However, these did not effectively constrain Tehran, as shown in the September attack on Saudi oil facilities. And while these capabilities highlighted the range of military options open to the US, there was less discussion of strategy. Moreover, these deployments highlighted the challenge in maintaining a focus on the Asia-Pacific.

Regardless of allies’ worries about Washington’s commitment, they still have some way to go before they would be able to act effectively without US military assistance in anything but a relatively undemanding contingency. It is, for instance, unclear whether the current range of EU-level defence initiatives will significantly improve military capabilities in the near term. 2019 saw more projects agreed under the Permanent Structured Cooperation (PESCO) defence initiative. The real challenge, however, will not be in accumulating new projects, but instead in closing those that are not performing. Meanwhile, the French experience since 2013 in its military commitment in the Sahel – where it has not only deployed its own armed forces but also relied on allies and partners in areas where it is lacking, such as airlift support from the UK and US – underscored the limitations and dependencies of European NATO and EU member states.

It may transpire that Washington cannot always supply capabilities needed by allies and partners. States in the Gulf, for instance, may no longer be able to rely on US ISR to fill their own capability gaps as US security concerns deepen else­where. IISS analysis in 2019 indicated that European NATO members would have to invest between US$288bn and US$357bn to fill the gaps highlighted by a scenario where they would have to defend their territory without US support against state-level attack. Enablers are vital. EU members’ tanker and tanker/transport aircraft numbered 49 in 2019, while the US figure was 555. Were a crisis to erupt that required rapid mobility of US equipment, for instance in the Asia-Pacific, it is highly likely that the US would look to move relevant enabling assets from where they are currently stationed.

These debates take place in an environment where potential adversaries continue to accelerate their military modernisation. The fortunes of Russia’s Su-57 Felon multi-role fighter improved in May 2019 when President Putin increased the order in the current State Armament Programme from 16 to 76. It is also moving ahead with the development of faster and wholly new weapons. Its Burevestnik nuclear-powered and nuclear-armed cruise missile, and the Status-6 nuclear-armed long-range autonomous underwater vehicle, may have seen only halting progress, but hypersonic plans are firmer. The Avangard system (SS-19 Stiletto mod. 4) was on the brink of service entry at the end of 2019. The Kinzhal air-launched ballistic missile has been observed on MiG-31s, while Moscow has spoken of further integrating precision weapons on naval vessels. The ‘Kalibr-isation’ of the fleet has been noted in recent years; Moscow is now discussing fitting to its naval vessels the 3M22 Zircon high-speed anti-ship cruise missile.

China’s October 2019 military parade, marking the 70th anniversary of the People’s Republic, highlighted the breadth of its military modernisation process and showcased systems designed to achieve military effect faster and at greater range than before. The DF-17 hypersonic glide vehicle was displayed at the anniversary parade. China’s system is intermediate range, while Moscow’s Avangard may be intercontinental. Concerns over China’s military modernisation loom large in Washington’s policy considerations, and they are driving many equipment and procurement decisions both in the US and elsewhere.

Systems like these pose additional challenges for air defences. They complicate early detection, target acquisition and successful intercept. Achieving all three is not impossible, though the number of targets that may arrive fast or slow, high or low, perhaps with signature-management features, means that investments will be needed in better radars, interceptors and command and control, all underpinned by ever-faster computing power and better coordination with partner countries. These weapons are being integrated in order to rapidly achieve destructive effect but perhaps also because this will help to outpace and undermine an enemy’s decision-making cycle; this might, in turn, have implications for strategic stability.

Both China and Russia continue to modernise their conventional military forces. Moscow is improving its air-assault forces’ mobility and striking power and also its artillery capabilities, among other areas. It is more closely integrating UAVs into its artillery find-fix-strike complex. China, meanwhile, stood up the first operational unit with its Chengdu J-20A combat aircraft, and has maintained recent progress in developing and fielding air-launched missiles. It also continues to build increasingly sophisticated naval vessels, which is an important factor motivating other Asian states to do the same. Both China and Russia aspire to improve their military capability by integrating emerging technologies such as artificial intelligence.

In this environment of continuous, evolving and even accelerating competition, the response options for Western states might include integrating increasingly novel technologies or spending more to stay ahead. Alternatively, they could accept a levelling playing field as a new norm and adapt their strategies instead. This relates not just to conventional military power but also to cyber capability and the consistently contested information environment.

A related challenge is that of competitor states now using strategies to achieve effect by operating below the threshold of war. Examples include Russia’s initial moves into Crimea and its denials over involvement in eastern Ukraine, its use of chemical weapons in the UK and its alleged election meddling. Iran’s activities are another example. Its ability to conduct warfare through third parties has ‘given Iran a strategic advantage over adversaries reliant on conventional capabilities’, according to the IISS Strategic Dossier on Iran’s networks of influence.

Capabilities routed through third parties, disinformation campaigns or kinetic actions that are denied outright are hard to tackle with conventional military responses. They place a premium not just on developing the right military and intelligence capabilities, but on boosting the adaptability and resilience of equipment and military forces and, more broadly, of societies and political decision-making. The same holds true when dealing with developments in new military or militarily-relevant technologies. In all cases, working effectively with partners, and making use of relevant international frameworks, have the potential to act as a force multiplier. However, while conflict still involves hard military power, it is now more diffused than before. It now involves a greater number of actors and more capabilities, some of which are not traditionally ‘military’, and clear outcomes in peace, war and the grey space between are, accordingly, less certain.

Product and service sector deregulation, reforms to small- and medium-sized enterprises, and corporate governance reforms are important to lift productivity and investment. Reforms to further liberalize trade and promote foreign direct investment will further support investment and growth. A credible implementation of the reforms outlined above could offset as much as 60 percent of the predicted demographic-driven growth slowdown. Moreover, automation can also help mitigate the challenges brought on by an aging and shrinking population, particularly automation in healthcare, transportation, infrastructure, and fintech.

Interested in learning more about the economic impact of changing demographics? Our March 2020 issue of IMF F&D magazine will focus on this topic. Click here to sign up to our newsletter and be alerted of the launch. 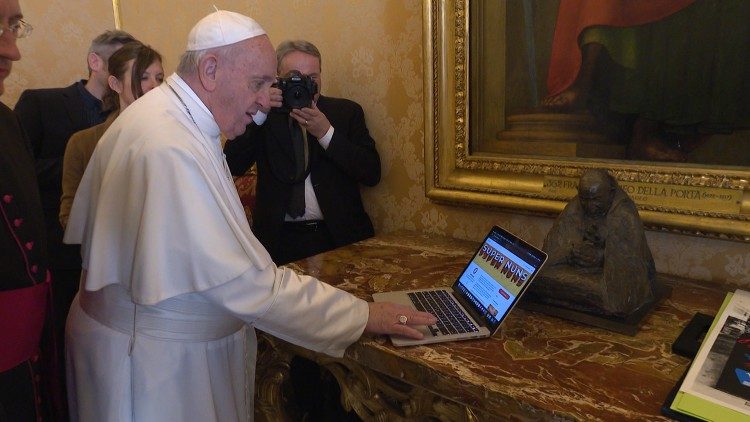